Skip to content
The Nelson Family Story – Where Are They Now? Original NBC News Cast July 2010: A Sherman couple found out last week they’re expecting child No. 12. But the real story is how the pregnancy happened.

Dara and Kevin Nelson are expecting what they describe as an “embryo baby.” The Nelsons adopted the embryos after reading about a couple looking for a family to adopt a set of frozen embryos that had a high possibility of a fatal genetic illness.

“I came across an article about a family who was trying to find a home for their embryos and, at that time, I was, ‘I want to know about this. I want to do this.’” The embryos were frozen in 2004. The original parents had a set of frozen embryos that were found to have a high possibility of a fatal genetic illness. Unwilling to take the risk themselves, but not wanting to have the embryos destroyed, they began looking for another couple to take on the embryos.

“Dara and her husband knew the risks, but they were at peace with the potential outcome,” said Dr. Jerald Goldstein, the Dallas reproductive endocrinologist who transferred the two embryos last month. “I felt the decision was hers, and I agreed to do the procedure.” Goldstein said he’s offered embryo adoption to couples for the past year, but the Nelsons are his first patients.

This is Dara Nelson’s second time to be implanted with embryos that have no biological connection to her or her husband. Two embryos from the same set with the fatal genetic illness survived the first transfer, and she became pregnant with one healthy baby.

“I knew that whatever God chose would be best, whether or not it was the pregnancy we were hoping for,” she said.  Nine months later, Dara Nelson delivered a healthy baby girl they named Merianne.

“Is she adopted? Well, yeah, in a way,” her husband said. “But as parents, you forget, because you went to the hospital and delivered her.”

Counting Merianne, the Nelsons have 11 children ages 22 to 15 months. Six are biological and four were adopted internationally. The couple wanted more children, and embryo adoption made it possible.

“That’s one of the things we want people to know,” Dara Nelson said. “There’s embryos available, and it’s a great option for someone who would like children and experience pregnancy and, for whatever reasons, are unable to on their own.”

The embryos Dara Nelson now carries could develop into one or two babies that will be biologically linked to Merianne. The Nelsons said the embryo adoption cost about $4,000. Their insurance picked up the medical costs.

Embryo adoption has been around since the late 1990s and has federal government support. According to the Office of Population Affairs in the Office of Public Health and Science, there are 400,000 frozen embryos in the United States.

Nelson Family 2014 Update: Baby No.12 turned out to be babies No. 12 and No. 13. Both embryos implanted and the Nelson family welcomed two healthy twin boys to their family in the Spring of 2011. 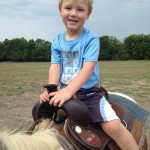 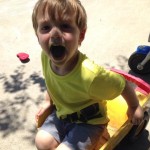 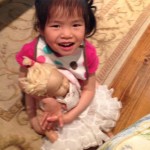 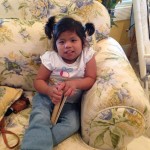 Merianne, the daughter born from the transfer of the first two embryos, is now a happy healthy five years old.

In addition to these blessings, the Nelson family has continued to grow their family through international adoption from China. In the summer of 2013, they welcomed home  a daughter from China and in the summer of 2014 they brought home a second one.  The girls are ages 11 and 6 and both special needs. Congratulations to the Nelson Family on your beautiful additions!