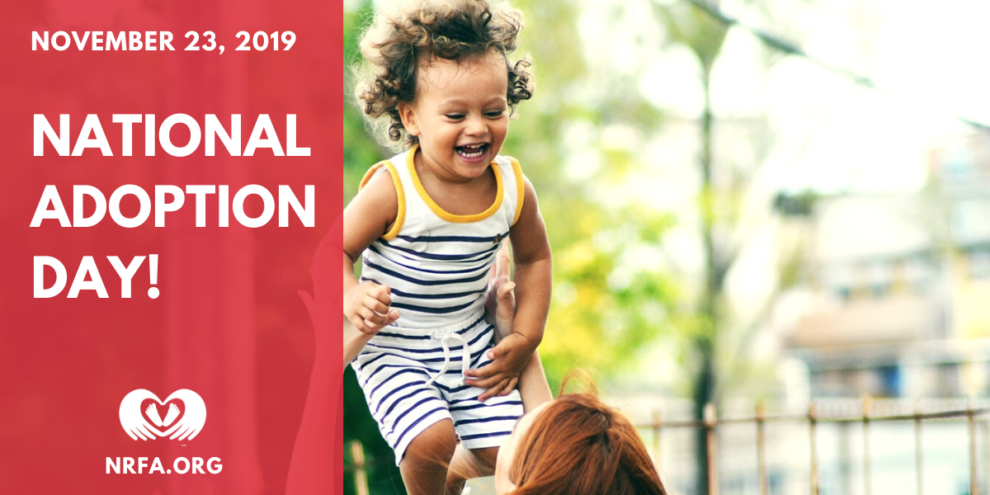 Today, National Adoption Day is celebrated in communities nationwide as hundreds of kiddos are being adopted by their forever families. This one-day event is where courts are opened on the Saturday before Thanksgiving across 400 cities across in America to bring awareness to the foster care system and celebrate the finalization of adoptions. Many courthouses are providing games, movies, food, and lots of cheering.

It is a joyous occasion, especially for children who often have waited years for a permanent home. Right now, more than 120,000 children are waiting to be adopted from the foster care system in the United States.

The first National Adoption Day began in efforts motivated by a former presiding judge in Los Angeles County’s Juvenile Court, Judge Michael Nash.  He opened the court on Saturdays, engaged the volunteer efforts of court personnel and finalized adoptions to reduce the backlog of one of the busiest courts in the nation.

It all started to take off in November of 2000 when five different organizations collectively came together to encourage nine cities to join in on a national movement. This movement was to expedite foster care adoptions and open the courthouse every year on the Saturday before Thanksgiving.  The organizations that began this effort were the Alliance for Children’s Rights, the Dave Thomas Foundation for Adoption, Freddie Mac Foundation, the Congressional Coalition on Adoption Institute and Children’s Action Network.

Foster Care in the United States

On any given day, there are nearly 443,000 children in foster care in the US. In 2017, a report done by the Adoption and Foster Care Analysis and Reporting System (AFCARS)  stated that about 56 percent of these children’s cases had a goal of reunification with parents or principal caretakers. About 27 percent had a goal of adoption. The median amount of time spent in foster care for these children was about 14 months

Where is the movement at today?

This year is recognized as the 20th anniversary of National Adoption Day. A total of 75,000 kids have been adopted into forever families since the first year it started. All 50 states now participate in this day as well. Today at the Kent County District Courthouse in Rhode Island, Darlene Allen, CEO of AdoptionRI says,

“We have over 2,000 children in foster care and at any given time, there’s about 300 moving towards adoption. I’m driven to make sure every child has a family.”

On the other side of America in Spokane, WA., three sisters are being adopted after being in and out of the foster system for 7 years. The oldest sister told the local news,

“[Our adoptive family] is just anything you could dream of. They just welcomed me with open arms and acted like I was their like biological kid.”

To hear some more of the cheerful adoption stories taking place across America today, check out the news stories below: