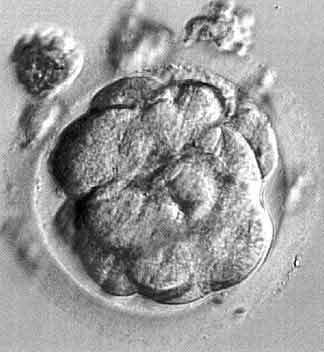 A few years ago, we found out that we were unexpectedly expecting! After years of unexplained  infertility and using IVF to grow our family, we had no idea that conceiving on our own was even a remote possibility. As you can imagine, that was quite a very welcome shock, on that August day!

We had completed IVF several years prior and had 2 children from our 5 embryos. That left 3 little frosty embryos in a cryopreservation facility that we had been thinking of daily, since they were created. I would be lying if I said there was not some level of guilt at conceiving on our own when I thought about those 3 embryos and what we would do. We knew our family was complete with 3 children and after 2 not so easy pregnancies, we knew that it was best to look at our options for those 3 tiny embryos.

Insert Facebook…. Facebook was not something that was all that big yet, when we did our IVF cycle.  There wasn’t a group for every cause, condition, or lifestyle and the support we received for our  infertility journey was quite limited. Oh, we had support from all of our family, friends, coworkers, and those in our community. There was just no one who had walked the path before us to give direction or tell us their story. Fast forward to 2017 and the “new” Facebook where there is truly a page or group for  absolutely anything and everything you can think of! I joined a couple of Facebook groups just to see what this embryo donation thing was about. I asked questions, read the stories (both good and bad) of others, learned a few things, and started to get really excited that this might be something we could do!

Before I joined any Facebook group, our knowledge of what the embryo donation possibilities were was extremely limited. Our biggest fear about donating our embryos, at that point, was that we would never know what happened to the embryos. Would we ever go to an amusement park or mall and see a child that looked just like ours and then be left wondering “Is that child from our embryos?” Would we  someday get a call that “I found you on Ancestry.com and would like to meet you?” Would there be resentment from that person that we made the choice we did? Would there be resentment from our children that we “gave away” one of their siblings? Would the resulting child(ren) come to us and say they had a terrible life and leave us feeling guilty for making that choice?

Joining those Facebook groups was truly what I needed to see. The success stories were great and truly made us both excited about this possibility of giving our embryos to another couple! We decided that we would move forward but that we would wait to finalize any decision we made until our pregnancy was over in April of 2017. The idea of making such a monumental and life changing decision with the impact of pregnancy hormones was truthfully a bit daunting and scary. We decided that I’d continue to  read the stories of those who had been there and soak up any bit of knowledge I could that would help  us.

One day, I decided I was going to ask a question. It seemed simple but little did I know that it would  change the course of our journey! I asked if anyone who had donated ever made a sort of “memory  book” for their recipient to give their children. A book that maybe touched on family “secrets,” included photos of genetic family members, maybe something from the donor about how they chose the recipients who were now the parents of their embryos… This woman responded about a common interest I had mentioned as an example of something I’d include in the book (if we ever did it), and we started to chat back and forth in the comment thread of my post. I had no idea what her story was but we totally hit it off! I did a little “Facebook stalking” and discovered that she was hoping to be an embryo recipient and learned about her story. For 2 days, I agonized over if I should reach out to her via direct message. I truly felt one of those “when you know, you know” moments and wanted to get to know her. Heck, I was practically ready to sign over our embryos at that instant! But I really didn’t want to come off as some crazy woman in a Facebook group, so I continued to talk myself out of being “that woman.” Try as I might, I just could not shake the feeling and then fate stepped in. I received a message from HER saying exactly what I was  thinking: that she knew it would sound crazy, but she just felt like she had to reach out! I can honestly  say, I have never been so excited to hear from a complete stranger before!

We talked via Facebook Messenger for several weeks and the more conversations we had the more we  fell in love with them. They were exactly what we had hoped to find in a match and home for our  embryos! And what was even more incredible was that we truly felt like we would gain fantastic friends with them! Not in the creepy “you have our embryos, so we need to be friends” way, but in a genuine and organic friendship. A couple of weeks before the delivery of our 3rd and final baby, we signed our embryo donation agreement with our recipients. I would be lying if I said there were no tears from either my husband or I but they were tears of “we just gave someone the biggest thing you could  possibly give to someone… The ability to become parents!”

We are now several years beyond our donation to them, and they have an adorable child from one of our embryos! We have gotten to meet in person both before and after they delivered their child and 2 of our children have gotten to meet their genetic sibling and their parents. We talk about all of them on almost a daily basis and get to see pictures frequently. The four adults all text like any good friendship and it is an easy, laid back relationship.

When we think of that child, there are no parental feelings. Our 3 children know their story and know their connection to their genetic sibling, they ask questions, and we give honest answers. I sometimes wonder if any of these kids will ever realize the magnitude of their being and how many lives they have touched or changed for the better! We have no regrets about our donation and feel blessed and lucky to have gained such an incredible friendship with someone who we would have never crossed paths with otherwise. We genuinely believe that from the moment we did IVF, God’s plan was in place and that this little nugget was always intended for us to not be their parents. Who were we to argue!